Man buys phone online but gets a straw, at least five other alleged victims

e-shopping is now the default option for many Singaporeans thanks to the convenience of having your groceries delivered to your door.

However, one of the downsides is that you have to trust a complete stranger in hopes that they will send you what you expected.

Unfortunately, a man from Singapore who bought a mobile phone online only got a straw.

He suspects he was the victim of a fraud account posing as a real store. 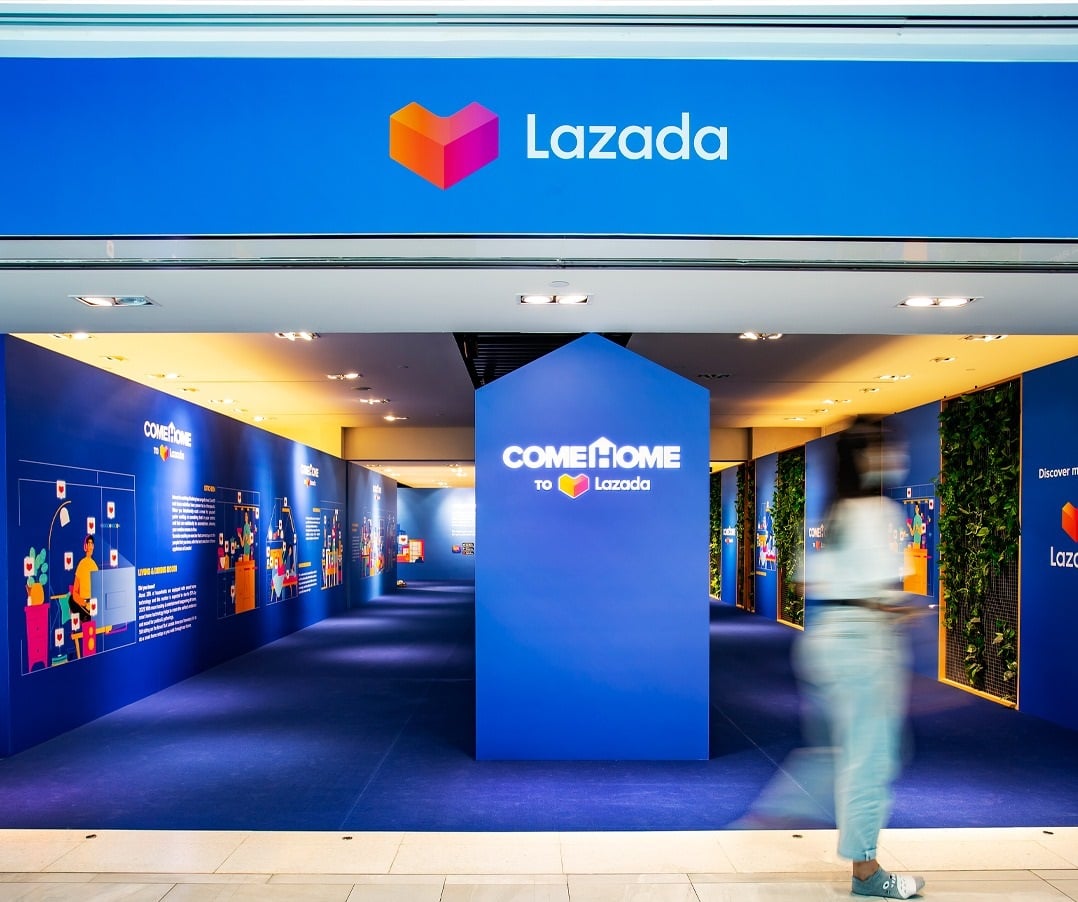 The 55-year-old freelancer took to the portal to buy his wife a phone as her phone contract recently expired.

Man finds straw instead of cell phone in the package

When Mr. Zhang’s package was delivered, it was small and flat and didn’t feel right.

When he opened it, all he found inside was a thick, black straw – sort of like the ones used to drink bubble tea. He asked the deliverer to take a picture of it and contacted the online platform.

Seller was newbie, had no reviews yet

Mr. Zhang recalled that when he looked through the seller’s details, he noticed that it was a new arrival.

It also meant they didn’t have any reviews from other buyers, which made him question their reliability.

But he saw that the seller was listed as a phone store and had included the details of that store so figured they had a clearance sale.

He even got a friend’s opinion who said there shouldn’t be a problem.

However, the actual physical store told Shin Min that they don’t sell phones through Lazada.

An employee said they had received similar reports of items being sold online at their store.

They added that it was a scam, but it was impractical to elaborate.

On Thursday (October 20), the store reportedly posted on Facebook that someone had used the store’s name, trade name and photos in a fraudulent manner.

This person had continued to conduct scams through various online shopping platforms.

They warned customers to be careful and not fall for the scams.

Other buyers are also getting straws instead of cellphones 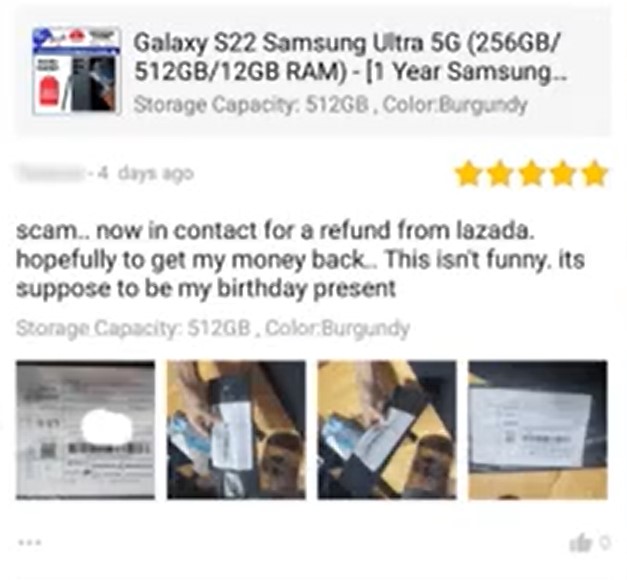 According to the screenshots of the reviews, buyers found themselves in a similar predicament: they received straws instead of phones. 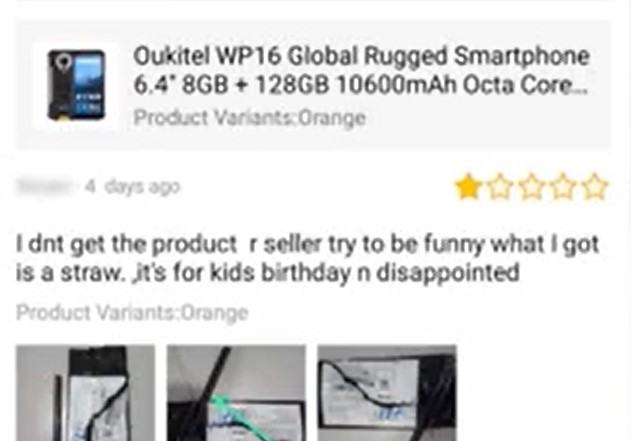 The profile hasn’t sold anything on the platform since then.

He surmised that the alleged scammer probably shipped his straws at the same time, having consolidated all the orders, so no negative reviews surfaced until it was too late for everyone.

Man reports to the police

Mr. Zhang said Lazada customer service told him they would take care of the matter and asked him to return the goods for inspection.

However, after receiving no response, he decided to file a complaint with the police.

Police confirmed to Shin Min that they had received a report on the matter.

The last straw for alleged victim

Mr. Zhang said he used to negative experiences with e-shopping.

While they usually included errors like receiving the wrong color of an item, this is the first time something so ridiculous has happened, he said.

Hence, he shared this awkward incident to warn others not to fall for scams.

He also bluntly added that this is why he will only buy phones in physical stores in the future.

Hopefully Mr. Zhang and the other alleged victims can get some form of redress.